The expected pullback in NZD gold finally arrived this week. Gold in NZ Dollars touched the 200 day moving average (MA) and then headed lower all week. But today, after the Federal Reserve interest rate increase, gold bounced higher. Although this isn’t reflected on the chart below.
Perhaps this correction is already over then? However the Kiwi Dollar may be the more significant factor to watch for over the next week or so. More on that soon.

Silver had already started falling before this week. It continued to drop all week until today, where it has bounced back above the 50 day MA (although this also isn’t shown in the chart below as it was a late bounce after the Fed rate hike).
Silver has worked its way well down from the overbought position it was in at the start of the month. So it could well be bottoming out here. 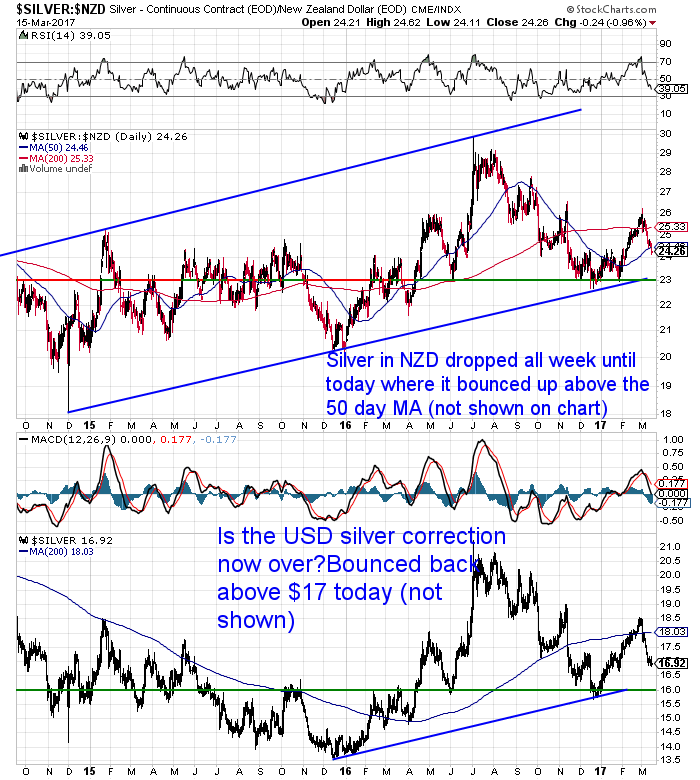 Following the Federal Reserve rate hike the NZ Dollar like gold and silver also bounced sharply higher this morning. So it looks to have bottomed out at the 0.69 mark. Odds favour a decent rally higher from here now. So that could dent any gains in the NZ Dollar prices of gold and silver. 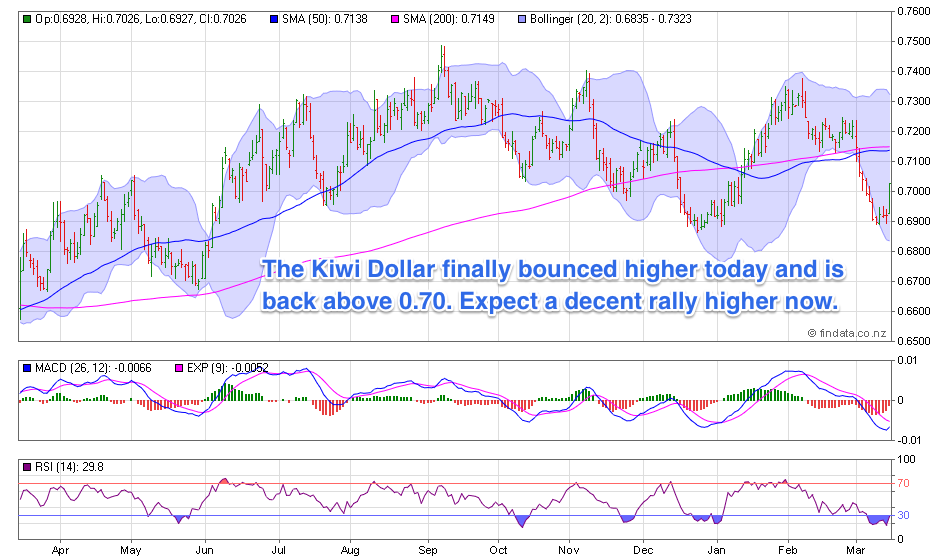 But we think gold and silver may well be bottoming out again here. Much like they did in December 2015 and December 2016. The previous two times the Fed hiked their short term interest rate. Precious metals then did the exact opposite of what the mainstream said they would and rose sharply.
Of course there are no guarantees of history repeating again, but there are a number of factors that could well be gold positive. Such as various European elections, and the US debt ceiling fiasco about to start again.

Speaking of history repeating, this year we have seen precious metals, along with their accompanying miners, rising at the same time as long term interest rates (US government treasuries).
Specifically silver is up 6% this year, gold is up by 4% and the junior miner ETF GDXJ is up 8%. Then confoundingly to most, interest rates are up as well: ProShares Short 20+ Year Treasury Fund (TBF) is up by 1.5%. (This fund shorts US Bonds so it goes up when the bond prices fall. And remember bond prices fall when interest rates rise.)
The chart below from Yahoo Finance uses the exchange traded funds GLD and SLV as proxies for gold and silver but gives a visual representation of the 4 rising this year.

This is what happened during the 1970’s but until now hasn’t really happened in this current precious metals bull market. Just an aberration? Perhaps. But the possibility of 1970’s stagflation (low growth and higher inflation) is starting to look more likely.

Eeek – We Agree With Bank Economists!

Bit of a worry when we agree with Bank economists. But in this case we probably do see their scenario as more likely than the RBNZ’s.

“BNZ economists say the Reserve Bank will be forced into raising official interest rates “well in advance” of when it’s currently forecasting, though they stop short of predicting exactly when the central bank might be forced to move.

The BNZ economists also say they think that this week’s GDP figures showing the economic growth rate for the December quarter will come out at about half of what the RBNZ is predicting, while March quarter inflation figures out next month are likely to be about double the rate the central bank expects.”

Although at least that means we disagree with the central bankers!

A Bit More Evidence of Changes in the Silver Market

Ted Butler’s “Has the Worm Turned?” article we discussed last week hypothesized that:

“…the traditional silver shorting “Technical Funds” are not “taking the bait anymore”.

That is, they are no longer shorting after the price plunges as they know “they were being played.” That only leaves the Large Bullion Banks to take the short side. And only JP Morgan has prepared themselves for this reality by taking delivery of over 550M oz of physical silver.”

The Commitment of Traders data released this past week backs up Butler’s theory that these traders are no longer being played by the large bullion banks. Here is Ed Steers column discussing this called:

“Ted’s “Has the Worm Turned” hypothesis in silver is still very much in play based on this data, because the Managed Money Traders barely reduced their long positions during the reporting week, plus they covered some shorts as well. We’ll have to wait until next Friday’s report to see how his hypothesis is doing, but lots can happen between now and then — and probably will.

Here’s the 3-year COT chart — and as you can see for yourself, this week’s changes are barely noticeable in the grand scheme of things. Some would be surprised by this tiny change, as most were expecting more, especially since the 200-day moving average was broken to the downside during the reporting week. But with Ted’s hypothesis now a work in progress, this tiny change fits in perfectly. Undoubtedly, there has been further improvement in silver since the Tuesday cut-off, as the 50-day moving average also got taken out with some authority. But who will be the long sellers and short buyers in next week’s report — and by how much? That will tell all. “ 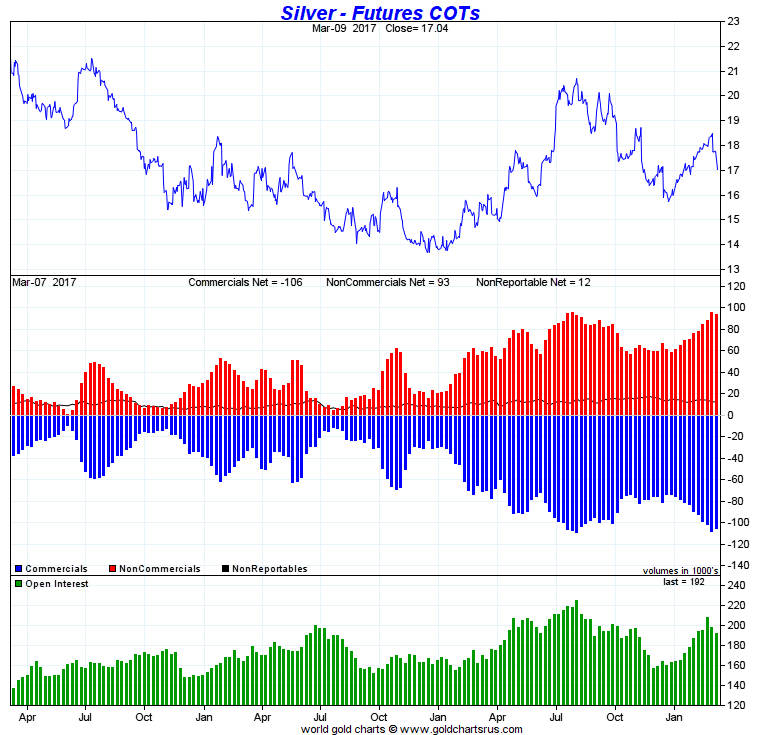 Bix Weir had more to say on the big news last week that Thomson Reuters and CME were both pulling out of the LBMA silver price benchmark.
Check out this article and video with his theory of what this will mean for the silver price over the coming year. 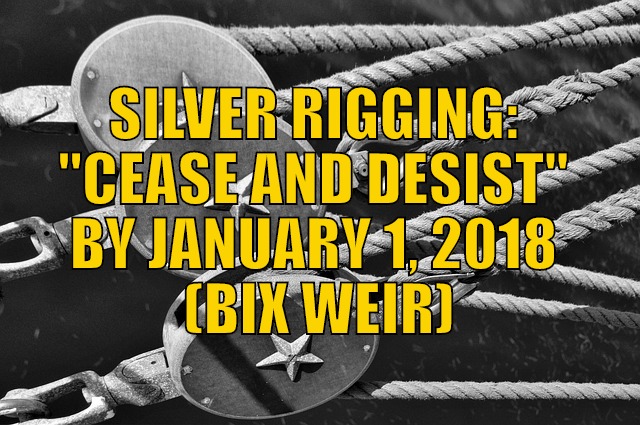 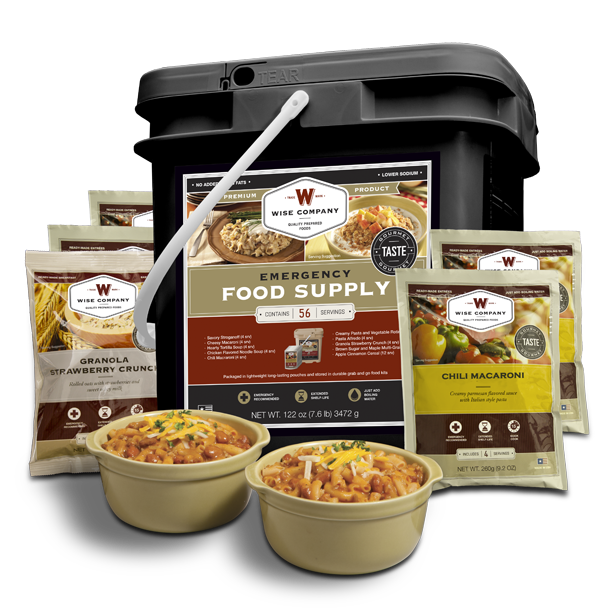 Have you seen historical references to what silver bought in the past?
We have too on occasion. But this week we saw an excellent article by Dominic Frisby outlining what the average labourer has been paid in silver over many different periods in history.
Frisby notes:
“To compare modern and ancient prices might seem like a ridiculous and redundant exercise – the two worlds are so different – but there is a point to all this. Measured in silver, salaries actually remained fairly constant until the 20th century.”
Here’s an outline of the full article care of

“Frisby looks at the wages paid in ancient Athens (450BC), because it tells us a lot about the silver price today.
The Athenian talent, about 26 kg of silver, could purchase nine years of a skilled man’s labour. If we assume 250 working days in a year, that works out to about 11.5 grams of silver per day, or a little under 0.3 of a troy ounce.
A kilo of silver today is about £460, so nine years’ skilled labour would be about £12,000 in today’s money. That makes a year’s skilled labour about £1,333, and a day’s £5.29.
Today, the average wage in the UK construction industry is about £30,000 per annum, or £120 per day. Today’s British labourer is earning considerably more than his ancient Athenian counterpart.
The Babylonian worker might have earned 2 grams of silver (92p). The Roman unskilled worker, like the Greek, might have earned 4.2 grams of silver, at least until Romans started chipping their coins.
The wages of the medieval English worker had fallen back towards Babylonian levels by 1300. He got 2.8 grams, while a skilled city craftsman might have expected 5.6 grams, about half what an Athenian was paid.
By the 19th century, the skilled labourer might be looking at around 24 grams of silver per day. The 19th century labourer was getting about double the pay of his 450BC Athenian counterpart.
Compare that to today. Frisby used £30,000, the average wage of a construction worker, or £120 per day. That amounts to 260 grams of silver, compared to 11.5 grams for the Athenian worker. Today’s pay dwarfs that of any pre-20th century worker in history.
Wages have risen, but not by this much relative to the cost of living, status and so on within a society. It’s not that wages have soared; it’s that silver, having no monetary role, has become cheap, historically and geologically.
If today’s wages of £120 were to equal the Athenian equivalent of 12 grams, silver should be £10 per gram. That’s over 20 times higher than today’s silver price of $18.50 an ounce—more like $400 per ounce. At $400 per ounce, not only do wages correspond, so does the cost of constructing ships or city buildings.
One day we will see silver reverting to its historical mean, and we should all prepare.”
Here’s the full article which also details Frisby’s allowances made for the likes of modern taxation and cost of living changes.

Very interestingly, Frisby’s numbers can also be compared to other methods of valuing silver. You’ll recall he concluded silver should be over 20 times higher than the current price. Based not only upon wages but also upon the cost of constructing buildings and ships too.
Compare this to the NZ housing to Silver ratio. That is divide the current median house price for New Zealand by the cost of an ounce of silver.
Using rough round numbers that would be: $500,000 / $25 = 20,000 ounces to buy the median house.
However at the end of the 1970’s precious metals bull market this ratio actually dropped to about 1000 ounces of silver to buy the median NZ house.
Notice anything?
20,000 versus 1,000?
The current ratio compared to the end of the last bull market also differs by a factor of 20. That is, silver needs to go up by a factor of 20 in order to buy the same amount of housing as it did in 1980. Which also equates to the rise needed to return wages in silver to their (very) long standing historical average. How’s that for amazing?
So silver remains very undervalued by more than one assessment.
With it undergoing a decent pullback of around NZ$2 per ounce over the past couple of weeks, and sitting on its 50 day moving average, odds favour this being a pretty decent buying opportunity.
You can call, email or order online for a quote. Also there are still some of the excellently priced Gold Kiwi’s left.
Read more: Gold Ratios Update: Dow/Gold, NZ Housing to Gold, & Gold/Silver Ratio
— Prepared for Power Cuts? —
[BACK IN STOCK] New & Improved Inflatable Solar Air Lantern

Check out this cool new survival gadget.
It’s easy to use. Just charge it in the sun. Inflate it. And light up a room.
6-12 hours of backup light from a single charge! No batteries, no wires, no hassle. And at only 1 inch tall when deflated, it stores easily in your car or survival kit.
Plus, it’s waterproof so you can use it in the water.
See 6 more uses for the amazing Solar Air Lantern.
—–