The big news this week was that gold fell to new 6 year lows – well in US dollar terms at least.

As you can see in the table above in NZ dollars both gold and silver were actually up slightly on last week, driven by a weakening Kiwi dollar.

We’ll include our usual gold and silver charts below which show an NZ Dollar chart at the top and a US Dollar chart in the lower portion. But we won’t bother with too much commentary today. Because this weeks feature article on the website takes a close look at the lower USD gold price and what this means for us here in NZ. 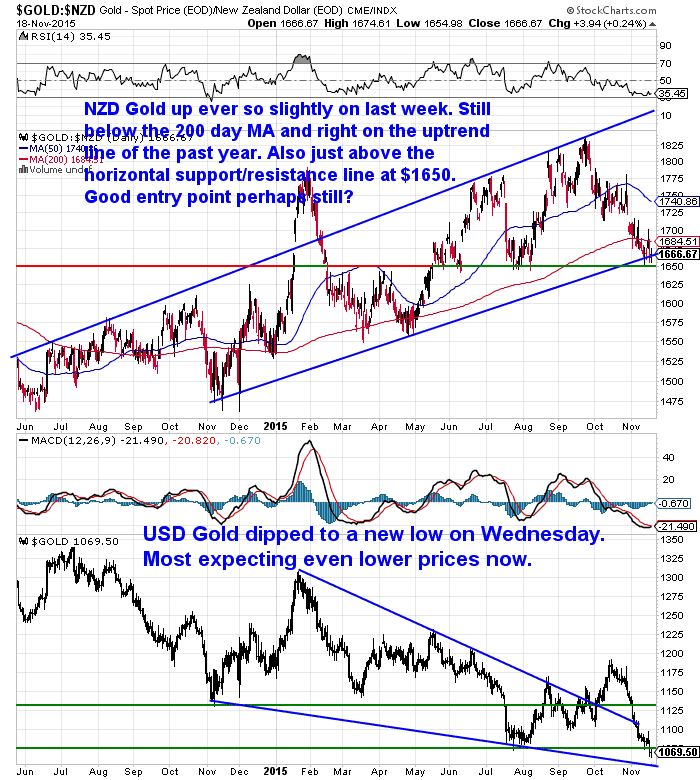 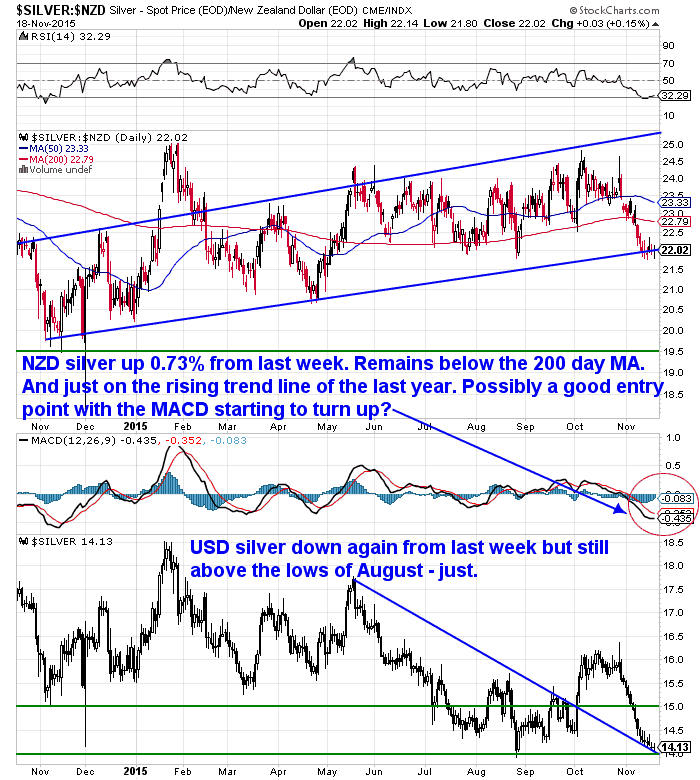 The NZ Dollar remains below 65 cents. It dropped in the lead up to a 7.9% fall in World dairy prices at the GlobalDairyTrade auction on Wednesday. This followed on from a 7.4% hit two weeks ago, and a 3.1% per decline a fortnight earlier.

So while the Kiwi dollar is still above the September lows it’s struggling to make much headway. However it is pretty oversold so may not go too much lower from here. But since the MACD indicator is yet to turn higher it may need to build a base around these levels for a bit yet before it moves much higher. 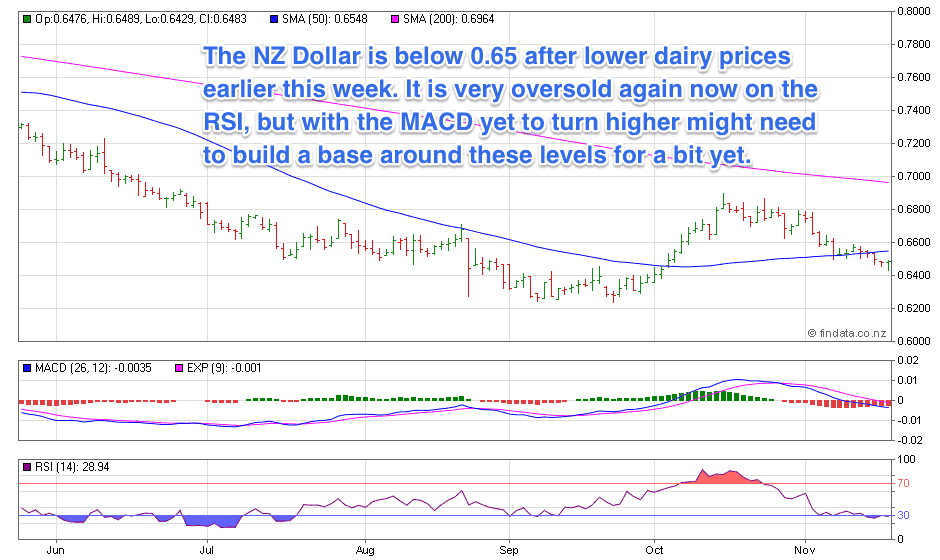 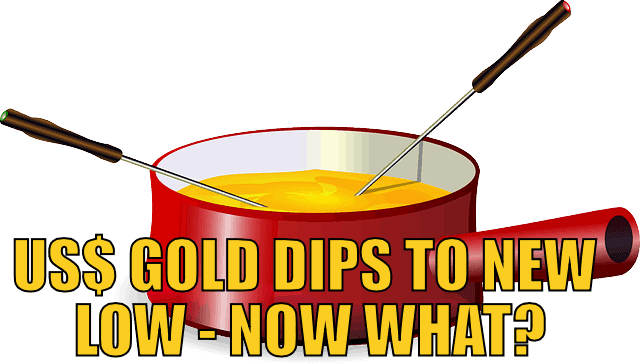 As mentioned already this weeks feature article looks at Wednesday’s new low in US dollar gold. We then look at what this might mean for us here buying gold here in NZ. We also take a look at silver in NZ dollars.

We run through various technical indicators, but also some anecdotal evidence that we’ve observed of late.

Last week we looked at 3 Reasons Why Gold Doesn’t Have to Fall when Interest Rates Rise.

The National Inflation Association shared some data this week which backs up the fact that gold might actually do the opposite of what most expect if/when US interest rates start to rise.

Their numbers show that:

German government bond yields have just gone below zero. While in China it seems people are scared to borrow as bank lending dropped for the first time since 2009.

Copper and oil prices and most other commodity prices remain very weak.

Precious metals performed well in the 1930’s deflation but have struggled more recently.

The common perception is that in times of deflation government bonds should do well as people don’t spend and park their money in cash, happy to earn nothing but hold on while prices of goods drop.

However if you look at the US 30 year Treasury Bond interest rate it has actually been going up all year.

So this is indeed a strange occurrence.

When most other prices are falling we’d expect US bonds to be rising. That is their price would go up as more people want to buy them and so the accompanying interest rate would go down. Instead the exact opposite is happening.

US Treasury yields are rising in order to attract buyers. 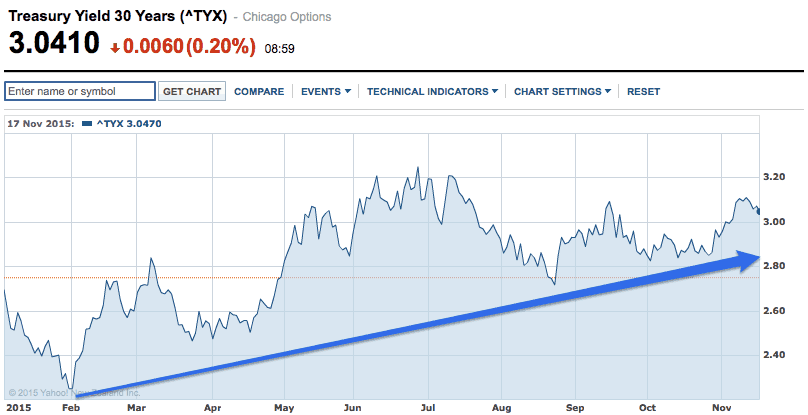 So while most indicators are saying deflation, it seems treasury bonds are in fact saying just the opposite: “Look out for inflation”.

“Longer term inflation expectations weakened marginally in the latest Reserve Bank of New Zealand survey of expectations, with annual consumers price inflation expected to be 1.85 percent in two years’ time, compared with an expectation of 1.94 percent for the same measure in the September survey.”

So what to make of all this conflicting data?

But it suggests all is not right in the global financial system.

Our theory remains have some cash as a cushion but also some physical gold and silver as financial insurance. It seems likely there will be some fun and games ahead in 2016.

Spoiler Alert: As we note in this weeks feature article, both metals sit at solid support lines. So while sentiment is very negative, we think these might end up being pretty good buying zones in the long run for NZ buyers.

Please get in touch if you’d like a more specific quote.

6-12 hours of backup light from a single charge! No batteries, no wires, no hassle. And at only 1 inch tall when deflated, it stores easily in your car or survival kit. Also great for camping.