Italy looks like it might be the next domino to fall.  See just how bad it has gotten in terms of non performing loans at banks and also the massive level of government debt.

A Mile-High House of Cards

According to Webster’s Dictionary, an economic depression is “a period of time in which there is little economic activity and many people do not have jobs.”

Italy has had virtually no productive growth since it joined the euro in 1999.

Today, the Italian economy (real GDP per person) is smaller than it was at the turn of the century.

The economy today is 10% smaller than it was before its peak prior to the 2008 financial crisis. More than 25% of Italy’s industry has been lost since then.

The International Monetary Fund (IMF) predicts it will take at least until 2025 for the Italian economy to return to its 2008 peak. Since nobody can accurately predict what’s going to happen next year, let alone nine years from now, the IMF is basically saying it has no idea how or when the Italian economy could ever recover.

Italy’s populist Five Star Movement—or M5S, as it’s known by its Italian acronym—is now the country’s most popular political party. M5S blames Italy’s economic malaise squarely on the euro. I’d say a large plurality of Italians agree, and they have a point. They claim that, under the euro, Italian industry and exports have become uncompetitive. M5S believes a return to the lira could be the remedy.

Prior to joining the euro, Italy would regularly post large trade surpluses with Germany. Since joining, it has posted large trade deficits.

Because of Italy’s structural economic problems, it should have a significantly weaker currency. But since Italy is wrapped in the euro straightjacket, it gets monetary conditions that are far too tight than appropriate for the country.

Personally, I don’t think there should be such a thing as a central bank or “monetary policy.” That’s a discussion for another day. But that being said, it’s clear to me that the euro doesn’t suit the Italian economy.

In any case, nearly two decades of no economic growth have had consequences for Italian banks, which are now woefully undercapitalized.

The Italian economy is made up of many small and medium-sized businesses. Those businesses have taken out loans from Italian banks. But as the economy is in a depression, many of those loans have gone bad or will go bad.

Italian banks combined have a staggering $400 billion-plus worth of loans that are 90 days past due and unlikely to be repaid in full. These nonperforming loans (NPLs) account for over 18% of all outstanding bank loans and add up to over 20% of the Italian GDP.

By comparison, 5% of all outstanding loans in France are nonperforming… the figure is 1.5% in the UK… and 2% in the U.S. Italy’s NPLs are an enormous problem.

Founded in 1472, Banca Monte dei Paschi di Siena is the oldest surviving bank in the world. Today, it’s the third-largest Italian bank and the one that is by far in the worst shape.

It has the highest ratio of NPLs of any Italian bank. In the past 10 years, its market cap has collapsed, falling more than 90%. It really shows how unsound modern banking is that a bank that has survived everything since before Columbus discovered America is about to fail.

The only reason Banca Monte dei Paschi di Siena is still barely alive today is because it has been bailed out by Italian taxpayers… twice. Unsurprisingly, the bailouts were to no avail. They didn’t address the fundamental problem of economic stagnation. It was like putting a Band-Aid on a gunshot wound. The bank quickly found itself in trouble again.

The Italian government then banned short selling of the bank’s shares, which has done nothing to improve the bank’s prospects for survival. All of these attempts to prop up the bank are just delaying the inevitable.

Making the problem worse with Italian banks is their financially incestuous relationship with the Italian government and its debt.

Italy’s government has borrowed over $2.4 trillion. Its debt-to-GDP ratio is north of 130%, one of the highest in the world. In Europe, only Greece has a higher ratio.

As bad as it seems, the situation is actually worse.

I don’t see how it’s at all possible for the government to extract enough in taxes from the productive part of the Italian economy to ever conceivably pay back what it has borrowed.

Despite this, Italian government bonds are trading at record-low yields. It’s a bizarre and perverse situation.

This is because the European Central Bank (ECB) is intervening in the market through a money-printing program, though the financial media prefers to euphemistically call it “quantitative easing.”

The ECB is printing money to buy all sorts of assets in Europe, especially government bonds, including those of Italy.

They’re bidding up the price of these toxic assets, bringing yields down much lower than they would be in a free market.

Around $1.6 trillion of Italian bonds actually have negative yields. It’s completely insane. It shows the enormous degree to which the ECB has distorted the sovereign bond market. It’s a financial Alice in Wonderland.

Given the huge risks associated with lending money to the bankrupt Italian government, the yields on Italian sovereign bonds should be near record highs, not record lows.

The only way bankrupt European governments like Italy’s are able to service their mountains of debt is with artificially low interest rates. The situation is so dangerous that even raising rates by a token amount could make paying the interest for the debt impossible. It would collapse the entire system.

The ludicrous mismatch between risk and reward is a sign of desperation. I think it’s a sign that we are near the endgame.

These artificially low yields on Italian bonds are another thorn for Italian banks.

Of the more than $2.4 trillion in outstanding Italian government bonds, over $440 billion are sitting on the balance sheets of Italian banks.

In the past, these bonds provided a somewhat reliable stream of income. But with the artificially low rates, that income, and the banks’ profitability, has been drastically reduced.

A former IMF official speaking to the media put it this way:

Both the public debt and the banking sector are on a powder keg, being maintained by a process of non-recognition of accumulated losses in the system that they keep rolling over. The real problem is that somebody has to take the losses eventually.

Central bankers and finance ministers are making behind-the-scenes preparations for a major crisis, all the while publicly promising that “everything is under control.”

They’re fully aware of the severity of the situation. They urgently enacted new bail-in rules earlier this year.

I think it’s quite clear the Italian banking system is headed for collapse.

I recently spent weeks on the ground in Italy to get the scoop on this explosive story that almost nobody else is talking about.

There are potentially severe consequences in the currency and stock markets.

New York Times best-selling author Doug Casey and I just released an urgent video with all the details.

Our video reveals how a financial shock far greater than 2008 could strike America on December 4th, 2016. And how it could either wipe out a big part of your savings… or be the fortune-building opportunity of a lifetime.

The video describes specific ways to profit… as well as which stocks to avoid like radioactive waste.

You can get a first look at this video by clicking here. 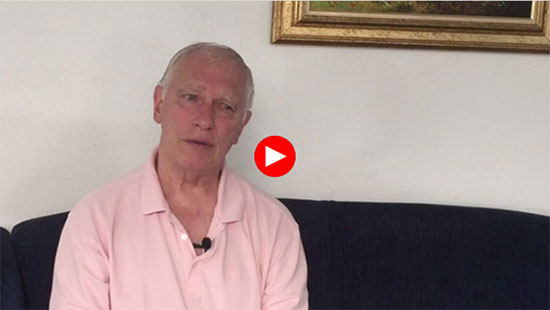 The article A Mile-High House of Cards was originally published at caseyresearch.com.