Home / Syndicated Articles / The Emperor Has No Clothes

The Emperor Has No Clothes

Immediately following receipt of the Brexit results, I sought out the reaction of International Man feature writer Jeff Thomas who, as a Briton, has had a more direct connection with the issue. I can’t think of a better person to comment on this historical event.

As always, he was candid with his remarks and his observations were insightful as to how the “leave” decision is likely to impact us all in the future. 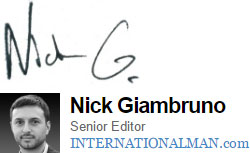 Nick Giambruno: I’m eager to get your reaction to the Brexit referendum result. It was a surprise to me, was it a surprise to you?

Jeff Thomas: Yes, and, I expect, even more so. For months, I’ve warned associates that this decision is so momentous for the EU that there was every likelihood that Brussels would try to rig the voting. The fact that both (Prime Minister) David Cameron and Jeremy Corbyn (Labour party leader) were rabid in backing the remain position made that even more of a worry.

Jeff Thomas: Either that, or the real vote was so much in favour of the “leave” position that it was just too much to cover up. We’ll never know. Either way, I was very surprised – very pleasantly surprised, of course, as it means a return to sovereignty for Britain.

Nick Giambruno: You say “momentous.” Is there a reason why it’s more important than, say, Greece leaving?

Jeff Thomas: Oh, yes, definitely. In Europe, Greece is often seen as a petulant child that refuses to behave responsibly. Not so with the UK. The UK is one of the most respected players in the EU. Also, the reasons for leaving are different. It has more to do with the loss of sovereignty for us. The idea that a gang of unelected bureaucrats in Brussels may completely override our laws to suit their own objectives doesn’t sit at all well with us.

Nick Giambruno: You’ve commented previously that, in the run-up to the referendum, the EU had threatened the UK heavily as to what they would do to victimize the UK if they voted to leave…

Jeff Thomas: Yes, quite so. They cleverly used Mister Cameron to deliver their threatening message. We got it as a white paper – 36 pages, I think – describing a ten-year economic debacle for us, if we didn’t play ball and remain. So this “leave” vote took quite a bit of courage on the part of Britain. No one truly knows if the EU will make good on their threats.

Nick Giambruno: What’s your take on it?

Jeff Thomas: Well, the EU can take one of two tacks now. The first would be to victimize the UK as much as possible. That would do considerable damage to EU trade, but if they chose that route, it would be done to cripple the UK economically, to act as a warning to other EU countries that they’d better not mess with Brussels. The other possibility is that they’ll shift gears and take a more conciliatory approach, in order to have the remaining years the EU has left be more rewarding to the EU leaders themselves.

Jeff Thomas: I’m inclined to believe that their reaction will be more in the latter direction – to switch from threatening behaviour to damage control. It will infuriate them, but I believe they understand that the cat is out of the bag now. One of the most important nations in Europe has just stated, “We’ll take our licks, if need be, but we want a divorce. You’ve been a poor spouse and we’re splitting the sheets.” In effect, the UK is like the little boy who had the temerity to say, “The Emperor has no clothes.” No one else had the nerve to say it, but once it’s been said, other countries needn’t be as fearful as they were before. My associates in the UK are getting congratulatory emails from people in other EU countries. I myself received some from both Germany and Spain already today. They’re clearly looking toward their own sovereignty being returned.

Nick Giambruno: I tend to be distrustful of governments in general and I’ve already begun to wonder whether the UK will actually follow through, even though the Prime Minister has accepted the vote results. Do you think there’s reason to be concerned that the exit will either be delayed or not happen at all?

Jeff Thomas: I share your general distrust of governments. And certainly, they’ll drag out the terms of the exit. But Mister Cameron’s resignation, effective October, is a positive sign. Of course, if we were to be very cynical, we might wonder whether Mister Cameron hopes to win sympathy by falling on his sword now and to gain back public favour over the coming months, but I think that that would only happen if there were no strong contenders for the PM’s position before then, and that’s not the case.

Nick Giambruno: Who are you seeing as the next leader of the party?

Jeff Thomas: There are a number of possibilities, notably Michael Gove, the Justice Secretary, but watch out for Boris Johnson. He’s admittedly an oddball and he often puts his foot in his mouth, but he’s seen as being from outside of politics, much like your Donald Trump. I’d say he’ll get the most support. He’d be a shot in the arm for both the Tories and the UK.

By the way, Nicola Sturgeon, First Minister of Scotland, has already argued for Scotland to remain with the EU. I have no idea how that will develop.

Nick Giambruno: And for the rest of the EU: How will they be affected?

Jeff Thomas: Well, I think they’ll be emboldened. I said back in the late ‘90s that I wouldn’t give the EU twenty years. It was a sucker’s bet to begin with and only came into play because of politicians. The electorates of Europe almost never supported the idea. I believe we’ll see a groundswell that will grow considerably now. Sitting leaders will, of course, try to dig in their heels, but keep an eye on elections. That’s, after all, where they’re vulnerable. Even the EU’s foremost proponent, Bonn, is on shaky ground. The German people are pretty fed up. What we’ll see will be dominoes beginning to fall and the timing is likely to be concurrent with the various elections over the next few years.

Until now, EU-member countries were afraid to be frozen out by the EU if they left, as Brussels was continually making threats that that’s just what they’d do. Now there’ll be a new line of thinking in Europe. The UK has just yelled “Fire!” in the theatre and no country will want to be the last one to make it to the exits. I believe we’ll see a dramatic change in thinking in Europe.

Nick Giambruno: So, you see the EU ending in the coming years?

Jeff Thomas: Either that or fragmenting into other groupings. It wouldn’t be surprising for there to be, say, a German/Austrian/Dutch trade group, for example, with the Germans also joining a different group that contained France in some way. But the importance of the EU as a single all-important power centre will decline. I doubt that the unelected bureaucrats in Brussels will be able to maintain their position. They may not even have jobs in a few years. My guess is that they’ll do whatever they have to do to maintain as much power as they can, but it will slowly slip away from them. They’ll do all they can to manage the death spiral so that it’s as drawn-out as they can make it.

For that reason, I think we can expect that, after October, new agreements will be presented to “facilitate the Brexit as smoothly as possible.” What this will really mean will be “prolong the inevitable as long as possible.”

Nick Giambruno: Shortly prior to the vote, President Obama warned the British people that a Brexit would negatively affect trade relations with the U.S. How do you see that impacting Britain?

Jeff Thomas: I felt from the start that it was a bluff – a favour for either Mister Cameron or the EU. I believe it will be quickly forgotten. It never had legs.

Jeff Thomas: We’ll return, roughly, to where we were before the EU. Greater free trade between sovereign nations, with each country acting in its own interests, instead of having its industry dictated by a conglomerate whose only loyalty was to itself.

Of course, it’s a lot less likely for the U.S., but I’ve always fancied the U.S. as being more productive without a Federal Government – with individual states each acting in accordance with its own interests. When greater strength was needed, several states could create a treaty to band together. Each of those states could also have other treaties with other groups of states on any other mutually beneficial endeavour.

The U.S. is headed for a series of crashes. Who knows what will happen after that? Maybe the U.S. can be reborn as a group of independent states as was originally intended. Each could create its own strengths instead of being eternally burdened by a self-interested uber-state.

Editor’s Note: Unfortunately, there’s little anyone can do to avoid the coming financial storm. It’s going to be much worse, much longer, and very different than what we saw in 2008 and 2009.

All you can hope to do is to save yourself from the consequences of all this stupidity.

New York Times best-selling author Doug Casey and his team just released a video, “America: Ground Zero.” It will show you exactly how. Click here to watch it now.

The article The Emperor Has No Clothes was originally published at caseyresearch.com.