Home / Weekly Newsletters / End of Complete Privacy on Gold Purchases in NZ in 2017?

Gold in NZ Dollars was down again this week. Now around the lows from March and April. Odds favour this being close to a short term bottom. With the RSI now close to oversold and the 200 day moving average at $1760 also not that far below, we could well see a bounce back any day now. 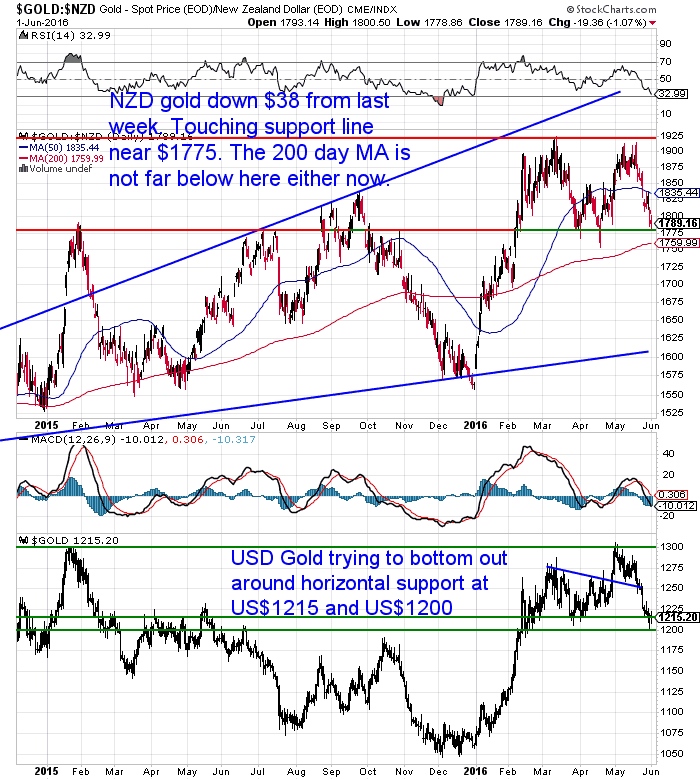 Silver rose much more sharply than gold so is now also falling more sharply. It too is not far from oversold levels, the 200 day MA and also  close to the rising blue trendline. 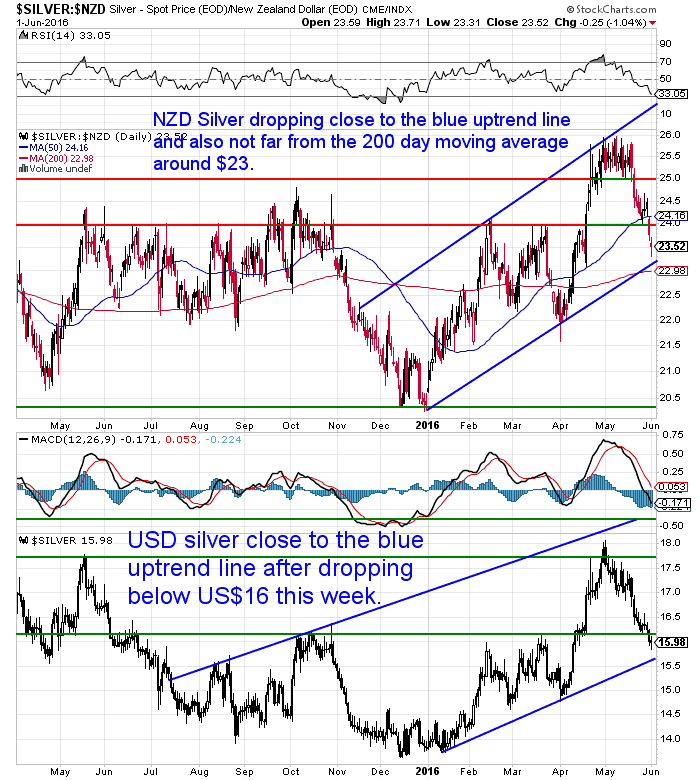 The NZ Dollar has as expected bounced back this past week. But it is now getting close to the 50 day moving average line and the upper Bollinger band. So it may struggle to move too much higher in the short term. 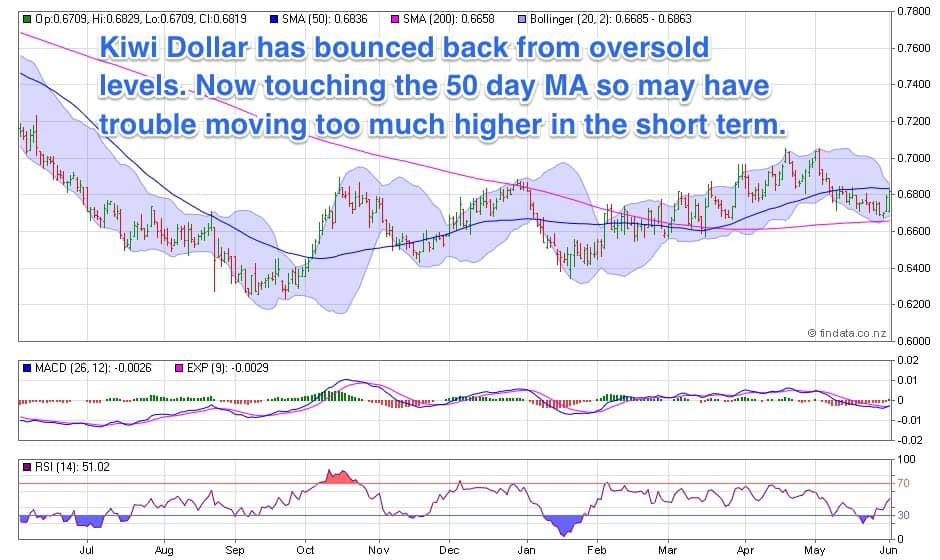 So it may be that we are close to the metals bottoming out in this recent correction. Actually NZD Gold in particular has been in more of a sideways consolidation than a full blown correction.

Something else that lends weight to this correction perhaps not being too severe is that the gold miners index (GDX) is actually holding up quite well.

In fact as you can see below it has not fallen as much as what gold itself has. While this could simply mean that the mining shares are due to fall further, we instead wonder if it’s reflective of positive sentiment towards gold returning. That is the mining shareholders believe gold may not fall much further and that gold is back in an uptrend which will mean higher profits to miners. 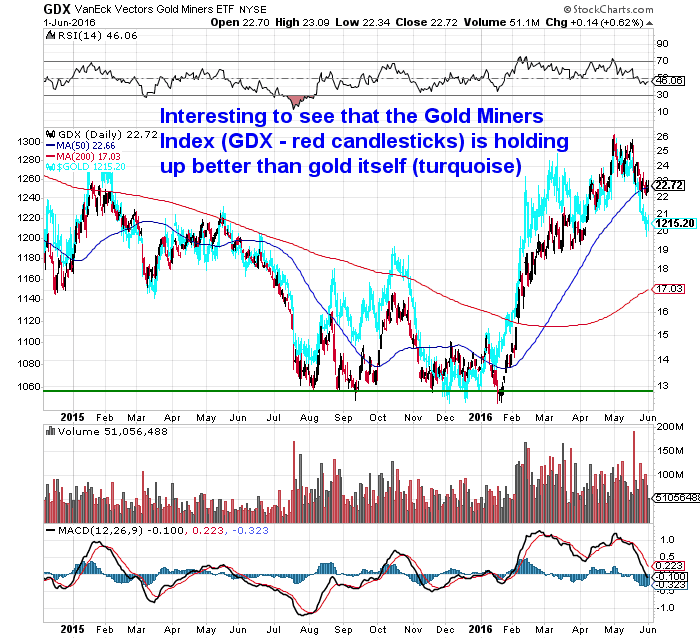 End of Complete Privacy on Gold & Silver Purchases in NZ in 2017?

As we reported just over 2 years ago, there is currently no requirement to report any purchases of gold and silver bullion in New Zealand to any government department.

There is also no requirement for bullion dealers such as ourselves to collect any personal information from customers.

Back then we said we shouldn’t expect this to last forever though.

Now with the publicity surrounding the conveniently released “Panama papers” (convenient because those implicated mostly seem to be people that are definitely not on the side of the western establishment), it seems the complete privacy enjoyed today by NZ bullion purchasers may be a little closer to ending.

“Justice Minister Amy Adams has confirmed the Government has accelerated plans to bring in a second round of Anti-Money Laundering (AML) rules that would bring real estate agents, solicitors and lawyers into the compliance regime that already includes banks, stock brokers and fund managers.

“I kicked that work off in the middle of last year, but to fair we’ve decided obviously this year to prioritise that work and speed them up a bit so that work is now proceeding at some pace,” Adams told reporters in Parliament.

Prime Minister John Key said on May 9 the second round of reforms would be accelerated in the wake of the publicity around the Panama Papers detailing the role of trust lawyers in setting up vehicles for overseas beneficiaries to protect assets, and after fresh calls for the AML rules to be extended so lawyers and real estate agents are forced to check whether funds being transferred and invested are legitimate.”

“We want to have it in place by mid next year. That’s the timeframe we are currently working to, which includes obviously legislation, the legislative process, select committees, drafting and the like. But obviously first of all we have to get the policy landed and that’s what we are focusing on now,” she said.”

The article focuses mostly on the topic of trust solicitors but does mention that bullion dealers are likely to be included in the mix as we reported back in 2014 based upon the Ministry of Justice website.

“Phase two is expected to extend AML/CFT obligations to businesses and professions including lawyers, accountants, conveyancing practitioners, real estate agents and businesses that deal in high-value goods such as auctioneers and bullion dealers.”

So if complete privacy is important to you be aware that you may only have months left to purchase gold and silver, without it being a requirement for the bullion dealer to collect information from you, as part of these new “know your customer” and anti-money laundering requirements.

Of course the crooks will continue to be crooks – they’ll just get more inventive – but the rest of us will suffer with more bureaucracy and red tape. 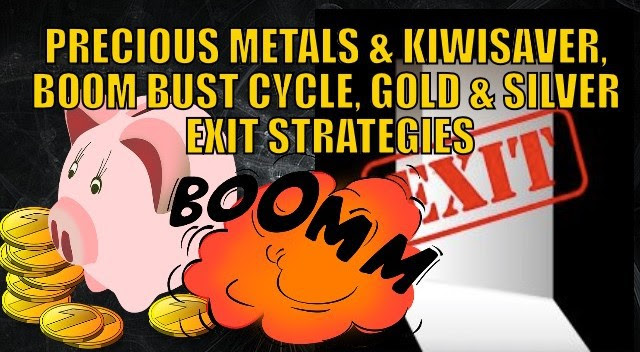 We’ve received a lot of questions in the past 2 weeks from readers. Which is great by the way as it makes it easy to know what to write about! If you’ve got a question for us then hit reply to this email and let us know.

We’ve summarised a number of those received this week into the article below. The title explains most of what is covered…

Our Thoughts on Bitcoin 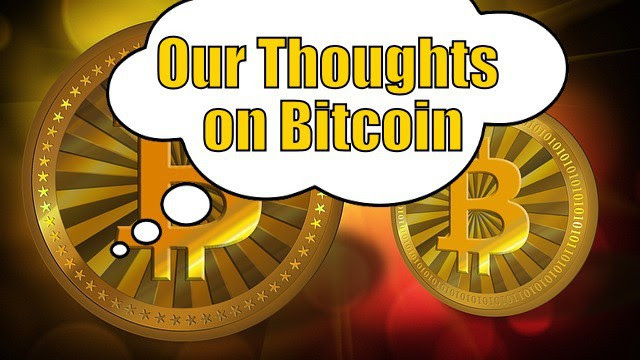 Another one of these questions sought our thoughts on Bitcoin. We have featured various articles and comments on Bitcoin in the past but we’ve now put these down in one place. So check that out below too.

Our Thoughts on Bitcoin

If you want to understand a bit more about Bitcoin and the “blockchain”, this video of Andreas Antonopoulos might be useful too.

“Blockchain” or Bitcoin: Understanding the differences

Two weeks ago we shared a photo of a 100 Trillion Dollar note we have from Zimbabwe that had surprisingly turned into somewhat of a collectors item.

This week we’ve got another couple of very surprising but interesting reports from Zimbabwe. Anarcho-capitalist Doug Casey has recently been there meeting with the man responsible for printing these 100 Trillion notes, and also getting face time with government ministers to outline a proposal to get Zimbabwe back on track in a hurry.

So check out these two below for some very surprising insights into Zimbabwe.

Doug Casey: This Country Is on the Cusp of a Real Disaster 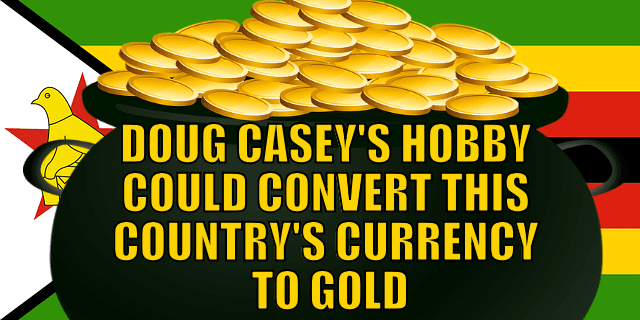 And this one is an interview that delves into the content of his meetings over there as well as a few other topics.

Why the Recent Correction in Gold Is a Bullish Sign

We’ve been saying for a while that perhaps we won’t see a really massive correction in gold and silver after their surges higher so far this year.

Our theory has been that not enough people seem to believe that the gold bull is back yet. Rather the overriding thought is that this is just another blip higher in an ongoing bear market for precious metals. But instead we will see gold and silver head steadily higher.

As noted in the charts above we have seen corrections in both metals over the past weeks, but so far anyway we have not even retraced half of the run ups in price from the start of the year.

We spotted something this week that nicely back up our sentiment.

Why the Recent Correction in Gold Is a Bullish Sign

“If you followed our advice earlier this year – and already have significant positions in physical gold and silver and select mining stocks – you can be patient. You’re likely already sitting on big gains, and you can wait for what will likely be better buying opportunities over the next few weeks.

But if you missed out on the rally this year, our recommendation is different. We suggest buying at least partial positions in these investments as soon as possible.

Because the risk of not owning enough gold is far greater than the risk of buying before a short-term correction.

We believe a historic bull market in gold is just beginning… And the next leg up could be even bigger than the last.”

This doesn’t seem like the consensus opinion. But it is worth considering. Timing the exact bottom in any correction is nigh on impossible. So make sure you’re not left permanently on the sidelines watching the price then continue to move higher.

It could be a good time to take at least an initial position to cover the scenario of the metals not falling much further.

Free delivery anywhere in New Zealand
Silver has back off a bit over the past 2 weeks. So silver maple coins prices are a fair bit lower.  We still have free delivery on boxes of 500 x 1oz Canadian Silver Maple Coins delivered to your door via UPS, fully insured.