It’s a tale of two metals this week.

Gold in NZ dollars has edged slightly higher from a week ago. Today NZD gold is sitting right on the 50 day moving average (MA) after dipping briefly below it.

We can see in the chart below it has been getting more and more compressed between the 50 day MA and overhead resistance at $1925.

So it is going to have to break one way or the other before very long. 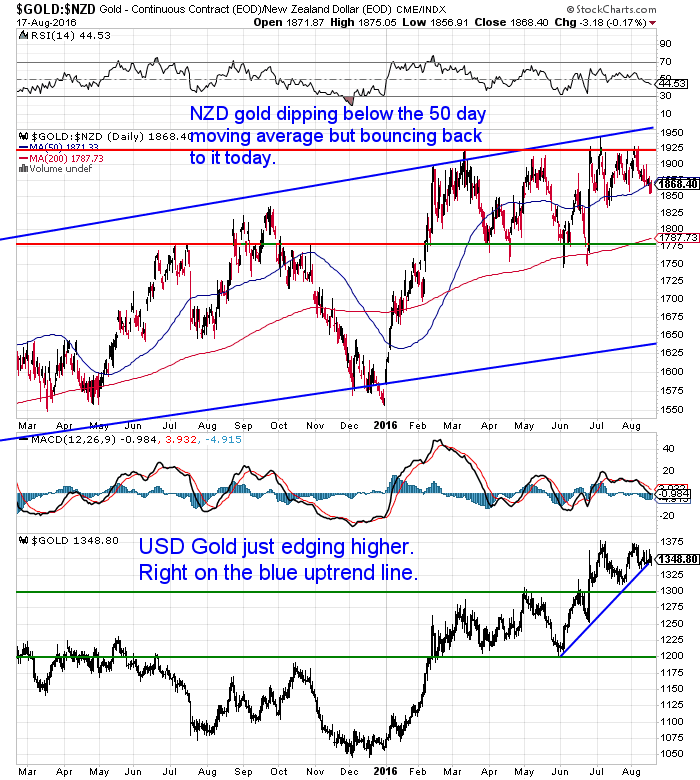 Silver on the other hand has gone the other way. After a period of sideways consolidation above $27.50, this week silver has dropped below this level.

If NZD silver went any lower, then $26 would be the next level of support to look for. 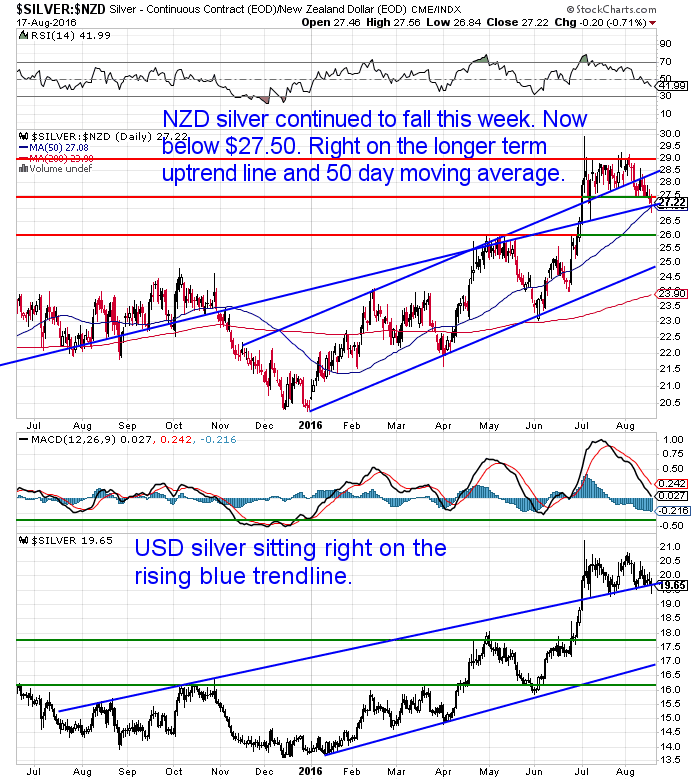 Let’s have a look at both metals from a longer term perspective now.

Gold clearly performed a long bottoming out process throughout 2014. Rising since then but with a fair bit of volatility. More recently clearly consolidating the fast gains from the start of the year. Overall it seems there is little doubt that the bear market from 2011 has reversed and we are back in a bull market. 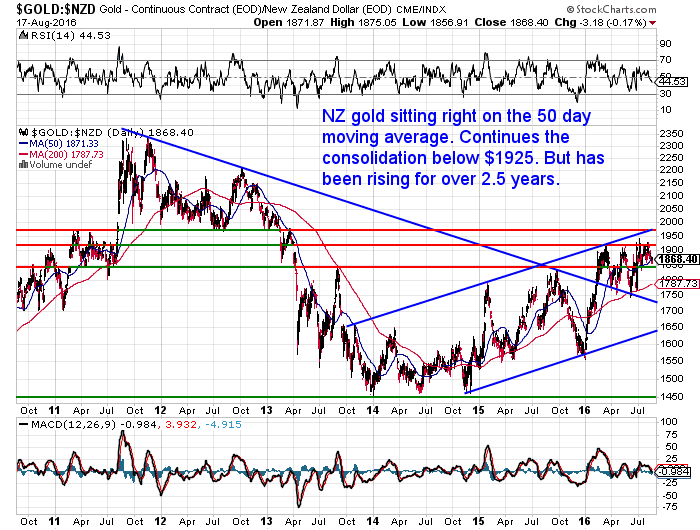 With silver, as is often the case, it has lagged gold. The bottoming out of silver occurred a year later during 2015. Since then it has moved higher. But again lagged gold, with the sharp gains this time coming about 6 months later for silver.

However like gold, there is also little doubt that silver too is back in an uptrending market in the long term. 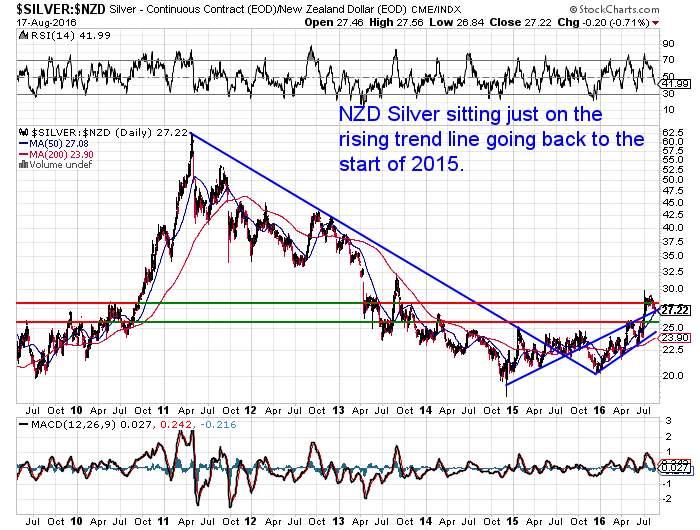 The NZ Dollar has bounced between 0.72 and 0.73 this week. It has bumped up against the overhead resistance level of 0.73 four times since June, but so far unable to get any higher. 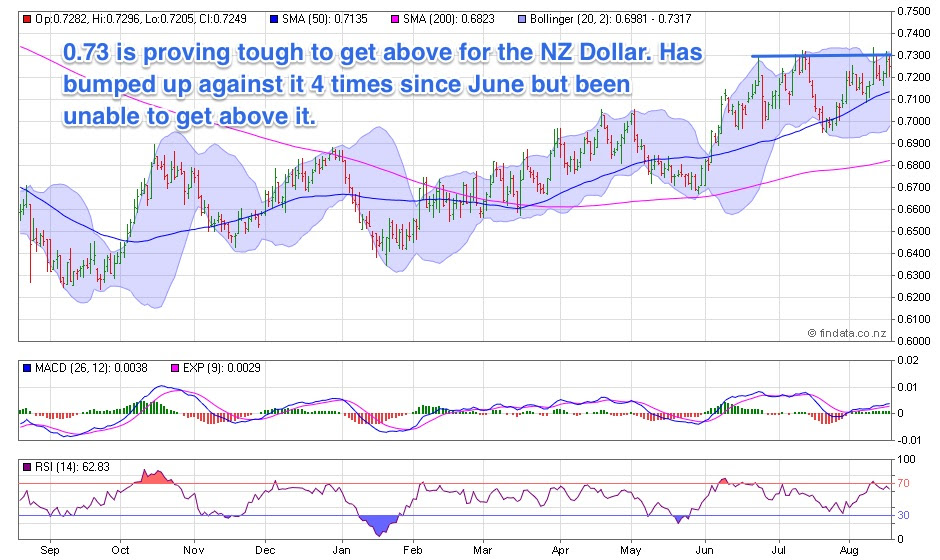 Brexit Aftermath: What Next?

We recently read an insightful piece from Charles Gave on the prospects for the European Union post Brexit and what might happen next:

“Historically, when an unelected “mafia” has seized control of the political domain, the two remedial options available to the citizenry have been elections, and failing that a revolution. As usual, the British moved first— through an election (England’s last revolution was in 1688). The Brits’ decision to break free should not have been that surprising, given that in the normal course of events the EU system had been rigged to stop the genius “elites” from being fired democratically.
Yet for all the significance of the Brexit vote, the UK is not part of the eurozone and so could leave without dooming the system. Italy, Greece, the Netherlands, Portugal and Finland, by contrast, are subjected to that straitjacket. And getting out of the euro implies exiting the EU. For this reason, the next exit (Italy looks like a prime candidate) is going to be far more momentous, with very clear investment implications.
The savings of the problematic countries will likely move to Frankfurt (in expectation of the deutschemark coming back), London or New York on the basis of a slightly revised Gresham’s law that bad currency will chase out the good ones. The result will be a big rise in German M1 and a banking crisis in the weak countries, with banks being bled dry of their deposits. The value of the pound and the US dollar can be expected to appreciate. Since it appears that Europe’s banking crisis is already under way, my advice would be to watch these variables very closely. If the pound and the dollar start to rise against the euro, it will probably mean that German M1 is rocketing upwards. And at that point the advice would be to adopt the brace position.
Source.

A North American Union in the Cards?

While there is a good chance of the EU actually falling apart, conversely we’ve been reading that a North American Union may actually be on the cards. Especially with a Clinton presidency.

Interestingly an angle from the Daily Bell is that perhaps Canada’s recent final gold sale from it’s Central Bank may have been done to pave the way for a North American Union.

“…the lack of gold-backing for the loonie, seems to create the circumstances that benefit the idea of an NAU as well. Its emphatic removal of gold (and recent sales of gold merely expanded a long-term trend) has surely increased its volatility and overall weakness…
Canada once had 1,000 tons of gold, but selling started in the 20th century and continued throughout the 2000s. It finished with a flourish in early 2016, when Canada had nothing left.”
“…The world needs to be “evened out” to make globalism work, you see. And currencies need to be destabilized in order to create the justification to combine them. No doubt, the NAU’s backers are considering a single currency, much like the disastrous euro.
If Canadian, Mexican and US currencies are seen as weakened and even chaotic, especially due to a lack of even a residue of gold, creating some sort of mutual currency doubtless becomes easier to implement – even if it is simply a more comprehensive dollar.
Of course, the dollar is merely the “strongest” currently of a variety of weak currencies. Mexico’s peso, too, is not strong.
Not so long ago, Mexican officials actually admitted, HERE, that some 96 percent of Mexican gold resided mostly in London’s City (no surprise there) – where it no doubt has been lent out a thousand times.
Will Mexico ever see that gold again? For now, the peso, like the loonie, seems to lack gold backing.
Of course, as the Fed and the US government do not want any full-scale audit of Fort Knox, it is not clear what kind of gold-backing the dollar possesses. Probably less than more.
All-in-all, these gold-deprived currencies probably support the creation of what we call “directed history.” This elite approach manipulates events until they resolve themselves into a requisite, logical pattern.”
Source.

More evidence that those pulling the strings want a much more centrally planned world.

Even though house prices have been zooming higher and rents have also been rising, the latest numbers show that rental yields have actually continued to fall.

“Rental yields have fallen to a record low nationwide and there’s unlikely to be a turnaround anytime soon, according to a new analysis. Economic forecaster Infometrics’s latest rental market update shows that rental inflation nationwide edged up from 4.0% to 4.6% per annum during the June quarter.
Source.

Even lower interest rates will likely continue to push more and more people into looking for capital gains. So this could well go on for a while longer yet.

And as this other article rightly points out, ”most of us love this property bubble”. The need for rising house prices or “property price inflation” is so entrenched into the financial system that there is no incentive for this to be altered.

“It only took two years average salary to buy an average house 50 years ago.
Young couples now have to defer children and both must work for many years to pay off enough of the mortgage on an average house.
A widening gap is developing between those who own property and those who cannot afford to get on the property ladder. Mortgage debt has risen to astronomical and dangerous heights.
Many of our basic economic ratios are now so out of whack it’s crazy. The value of our property market is approaching a trillion dollars, about 10 times bigger than investment in our capital markets, and about four-times bigger than annual gross domestic product.
Being cynical, the current Government should have kept property inflation at the regular 8 per cent so that the good times seemed to keep rolling.
Having let it hit 25 per cent or more could destroy this Government, not that any new incoming government is likely to fix the problem.
…So the inflation fantasy just goes on. Inflation, driven by governments printing too much money and not moderating their property markets is part of western democracy now; surely its Achilles heel.
When the next crash surely comes and you are standing in line at the soup kitchen, remember it was all the politicians of the past few decades who put you in this mess, and you too for living out the inflation fantasy.”
Source.

Lord Rothschild: Why I’ve sold hundreds of millions of pounds worth of shares, and bought gold

We’ve reported about a number of wealthy investors moving into gold in recent months.
So how about one of the monetary elite now also doing the same?

Lord Rothschild, chair of the £3.04 billion Rothschild Investment Trust, has revealed that while he has significantly reduced his exposure to listed shares, he has responded to the prevailing economic uncertainty by buying gold.

In his latest update to shareholders, he said that recent months have seen central bankers continuing what is surely the greatest experiment inc monetary policy in the history of the world. He said they are in uncharted waters, and it is impossible to predict the unintended consequences of low interest rates with some 30% of global government debt at negative yields, combined with QE on a massive scale. In stock market terms, the policy has been successful, with markets near their highs, while volatility has remained low. Nearly all classes of investment have been boosted by the rising monetary tide. Meanwhile, growth remains anemic, with weak demand and deflation.

Lord Rothschild said that the geopolitical situation had deteriorated, with the Brexit looming and the US presidential election in November. The situation in China remains opaque, and slowing economic growth will lead to problems. Conflict in the Middle East continues. In times like these, he said, preservation of capital in real terms is as important an objective as any in the management of a company’s assets.

Sterling exposure was reduced over the period from 34% to approximately 25%. Gold and precious metals were increased to 8%. The Trust’s significant US dollar position has been reduced, as it saw interesting opportunities in other currencies as well as gold, the latter reflecting concerns about monetary policy and ever-declining real yields.

Following a Rothschild is probably not a bad move to make.

One theory goes the “elites” like to telegraph what they are doing and what the plans into the future are. So the signs like this one are out there. They just won’t be on the 6 o’clock news is all.

If you’d like to follow in Lord Rothschild’s footsteps we have a special currently on 1 kg PAMP gold bars. Refer to the top of this email for that deal.

If sixty odd grand is too rich for you then perhaps consider Royal Canadian Mint 1oz silver maples. There is free shipping on boxes of 500 x 1oz Canadian 9999 purity Silver Maples delivered to your door via UPS, fully insured until you sign for them.Price today is $15,990.

Lastly, don’t forget to check out the articles posted on the site this week linked below. 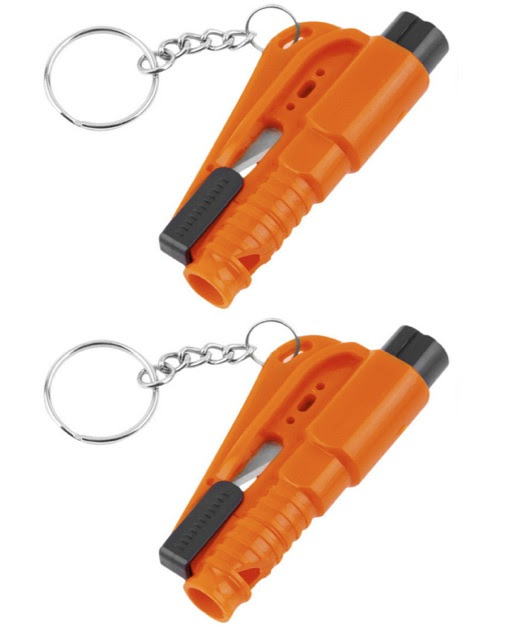